Article. I. (The Legislative Branch)
Section. 9. (Limits on Congress)

Note: Article I, section 9, of the Constitution was modified by amendment 16.

The Migration or Importation of such Persons as any of the States now existing shall think proper to admit, shall not be prohibited by the Congress prior to the Year one thousand eight hundred and eight, but a Tax or duty may be imposed on such Importation, not exceeding ten dollars for each Person.

The Privilege of the Writ of Habeas Corpus shall not be suspended, unless when in Cases of Rebellion or Invasion the public Safety may require it.

No Bill of Attainder or ex post facto Law shall be passed.

No Capitation, or other direct, Tax shall be laid, unless in Proportion to the Census or enumeration herein before directed to be taken.

No Tax or Duty shall be laid on Articles exported from any State.

No Preference shall be given by any Regulation of Commerce or Revenue to the Ports of one State over those of another; nor shall Vessels bound to, or from, one State, be obliged to enter, clear, or pay Duties in another.

No Money shall be drawn from the Treasury, but in Consequence of Appropriations made by Law; and a regular Statement and Account of the Receipts and Expenditures of all public Money shall be published from time to time.

No Title of Nobility shall be granted by the United States: And no Person holding any Office of Profit or Trust under them, shall, without the Consent of the Congress, accept of any present, Emolument, Office, or Title, of any kind whatever, from any King, Prince, or foreign State. 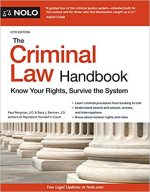 Criminal Law Handbook, The: Know Your Rights, Survive the System 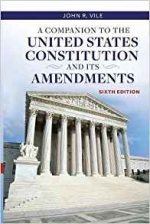 A Companion to the United States Constitution and Its Amendments 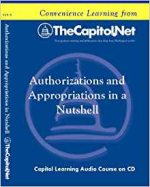 Authorizations and Appropriations in a Nutshell (Audio CD) 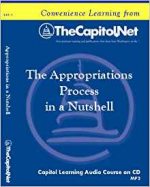 The Appropriations Process in a Nutshell (Capitol Learning Audio Course) 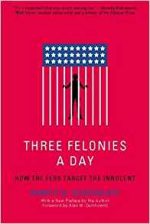 Three Felonies A Day: How the Feds Target the Innocent 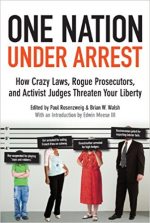 One Nation Under Arrest: How Crazy Laws, Rogue Prosecutors, and Activist Judges Threaten Your Liberty