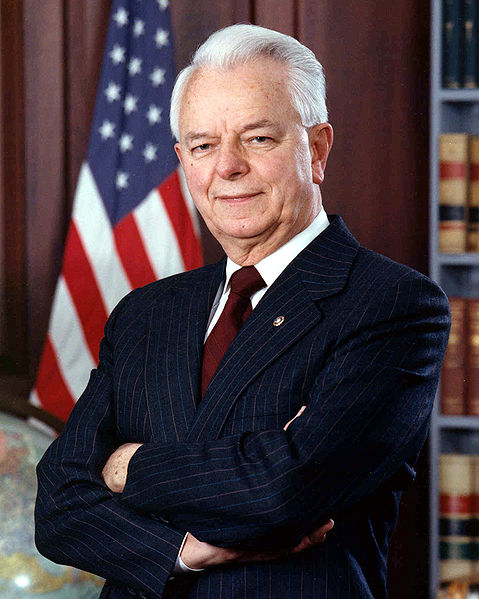 Carte Goodwin (D-WV) was sworn in Tuesday as an interim replacement of Sen. Robert Byrd (D-WV), who passed away on June 28 while in office. At 36 years old, Sen. Goodwin is the youngest current Senator, and is filling the shoes of the man who was the oldest and, as we mentioned yesterday, the longest-serving Senator.

Just 15 minutes after Sen. Goodwin was sworn in by Vice President Joe Biden, the Senate voted 60-40 in favor of breaking the six-week-long Filibuster against the Unemployment Extension Bill (H.R.4213) that would restore lapsed unemployment benefits to 2.5 million people. The winning vote, 60, is the minimum number required to stop a filibuster. The bill must now be passed in the Senate with a minimum vote of 51, then sent to the House of Representatives for its final vote.

In February of this year, Sen. Byrd argued against fellow Democrats’ desire to change the Senate’s filibuster rules. He did not feel the rules needed to be changed in order to eliminate or discourage filibuster, but did believe that senators should be required to actually debate the issue on the Senate floor, continually, and without yielding.

On The Huffington Post, Sen. Byrd explained the filibuster’s history:

A true filibuster is a fight, not a threat or a bluff. For most of the Senate’s history, Senators motivated to extend debate had to hold the floor as long as they were physically able. The Senate was either persuaded by the strength of their arguments or unconvinced by either their commitment or their stamina. True filibusters were therefore less frequent, and more commonly discouraged, due to every Senator’s understanding that such undertakings required grueling personal sacrifice, exhausting preparation, and a willingness to be criticized for disrupting the nation’s business.

West Virginia will hold a special election in November (2010) to replace Sen. Byrd for the duration of his term.