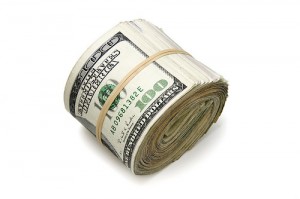 On Thursday, the Senate had come to an agreement on its Dodd-Frank Wall Street Reform and Consumer Protection Act conference report by a 60-39 vote. The bill has now gone to President Barack Obama, who will sign it into law later this week.

The final Senate vote marks the culmination of a two-year effort launched after the Wall Street crisis by Rep. Barney Frank (D-MA), House Financial Services Committee Chairman, and Sen. Chris Dodd (D-CT), Senate Banking Committee Chairman. The finalization of H.R.4173 and S.3217 also marks the most comprehensive set of changes to governmental oversight of banks since the Great Depression.

“We all know Wall Street isn’t going to reform itself,” said Senate Majority Leader Harry Reid (D-NV). “Those who vote ‘no’ are standing with the same bankers who gambled with our homes and economic security in the first place.”

Critics of the new law say that it will increase the size of government and will lead to numerous costly rules for large and small business owners, and will restrict credit at a time when it’s most needed due to unemployment and other economic strife.

Former Federal Reserve Chairman Alan Greenspan has said about the bill, “[I] hoped that in the remaining days they make enough changes which would make a significant difference. As it stands now I would be very uncomfortable seeing it become law because I think we will in any event have another bill a year from now […I]t’s also going to eliminate lending.”

Others just aren’t sure the act will have any meaningful impact. Rick Newman, Chief Business Correspondent at the U.S. News & World Report writes:

[T]he sweeping financial reforms that have finally emerged from the Great Recession, known as the Dodd-Frank bill, may not change as much as the breathless headlines suggest. It won’t have much immediate impact on consumers. Some of the reforms have already occurred on their own. And consumers could ultimately end up frustrated with changes they thought were supposed to benefit them.

One of the big changes to come out of the law will be the creation of the Consumer Financial Protection Bureau (CFPC), which will oversee enforcement of the new regulations. The CFPC will have an annual budget of as much as $500 million. Eileen Ambrose, personal finance columnist at The Baltimore Sun, writes:

Ultimately, whether the agency is a watchdog or lapdog hinges on the person named as the first director. The president appoints the director, who must be confirmed by the Senate to serve a five-year term. Many expect President Barack Obama to appoint someone this week.

The bill includes 533 rules and calls for 60 studies and 94 reports. It could take nearly 18 months for all of the changes be fully implemented.