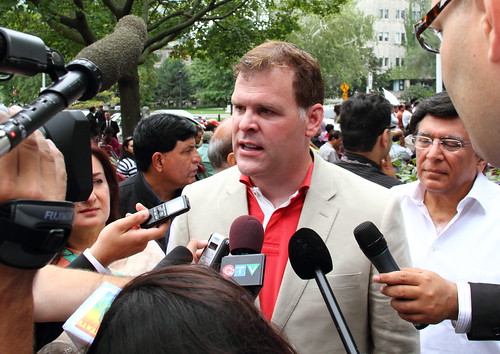 Of course, there are disadvantages to providing a written statement rather than giving an interview. First, it is possible that a reporter becomes offended because she was not provided direct access, which can sometimes harm your coverage. Furthermore, a written statement can sometimes be viewed as a way to cover up guilt. Statements can also come across as sounding “canned,” rather than sincere.

An interview, on the other hand, often sounds more sincere and genuine. When handled appropriately, an interview can enhance your organization. It can also serve to improve your long-term relationship with the reporter handling the interview, which can be beneficial to future coverage.

At the same time, consider the possible disadvantages of an interview. Perhaps the biggest disadvantage of giving an interview is that because it is on the record, something said that is inappropriate or unexpected can not be taken back. The reporter also has more opportunities regarding what they quote as well as the message that is covered in the interview. If your message is not advanced as a result of the interview, it can be a significant waste of time.

written statement may be a better choice. Generally, a statement will be a safer choice if it is more likely that a quote will be used. Statements can also reduce the ways in which an organization will be covered if the issue is related to something negative. For individuals who have weak interview skills, a statement is usually the best choice. Even so, a statement can never make up for the charisma that a live person can provide.