Most people are quite familiar with the idea of committees and subcommittees within Congress, but there are also many informal congressional groups. These groups can include informal groups, caucuses and Congressional Member Organizations (CMOs). While they may be called by different names, all of these groups refer to ad hoc social or policy groups that include a subset of Congressional members of one or both chambers. These groups are not recognized in chamber rules as they are voluntary associations. Some of these groups have been present over a long period of time, while others made brief appearances in only a few Congresses. 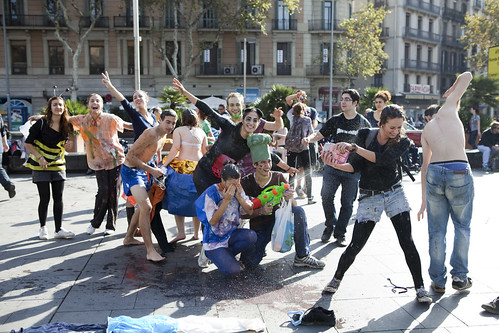 These informal groups operate outside the formal committee structure. They are also separate from official party organizations. Even so, they still form an important part of the policy chain, often initiate policy action, and in some cases they can impact legislation.

Caucuses can vary in terms of range of interest, membership, issue focus, strategy and activity. Some caucuses are aimed at influencing policy while others are formed to function as information clearinghouses. Some groups are partisan, others are bipartisan. The way in which such groups function can vary quite significantly. Some groups meet frequently, other groups meet only infrequently.

Most such groups have chairs and many also have co-chairs. Groups that are primarily comprised of House members will frequently have executive or steering committees. Larger caucuses frequently organize members into subgroups that represent ideological or regional perspectives.

Good Question: What Is A Congressional Caucus?

CMOs can represent regional concerns, national constituencies, industry issues, state or district issues, party or political agendas and personal interests. CMOs are registered with the House Administration Committee as informal groups. No office space or congressional money is received by these groups.

Members of informal groups in the Senate and CMOs in the House are subjected to rules and ethics codes for their respective chambers. They may not use official funds or hire staff.