Because appointments to Federal District and Circuit Courts of Appeals, and the Supreme Court, are lifetime appointments, the Senate plays a constitutional (Article. II. Section. 2.) and active role in such appointments. The stakes in judicial appointments are often seen as being quite high by most senators. 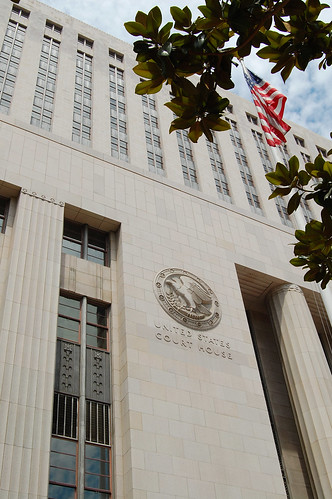 The president typically consults senators from the home state of a prospective nominee when making judicial nominations. This is particularly true when the senator is in the same party as the president. Once the judicial nomination has been received by the Senate, it is then referred to the Judiciary Committee and the committee chair directs a blue slip to senators from the state of the nominee. The blue slip may be used by senators for indicating either approval or disapproval of the nominee. In the case of a Supreme Court nominee, he or she will often make a courtesy call on members of the committee and often on other senators.

The breadth and time involved in the hearings conducted by the Judiciary Committee varies based on the type of nomination and the level of support for that nominee. In the case of a district judge who is supported by both home state senators and in which there is little controversy, the matter might be handled through a hearing that covers multiple judges.

How do US Supreme Court justices get appointed? – Peter Paccone

The nomination of a person to the Supreme Court usually involves a hearing that lasts at least several days. The length of time involving Supreme Court nominations allows the nominee to testify and gives committee members the opportunity to ask questions of the nominee at length. Numerous witnesses may also provide testimony after the nominee regarding a variety of factors for the committee to take into consideration.

A nomination can land in trouble when there are concerns regarding the views of the nominee or the character of the nominee. In some instances, political factors that are completely independent of the nominee can thwart a nomination. For instance, during a presidential election year, the Senate might be reluctant to oblige the sitting president by confirming a large number of nominees.