The power to appoint all federal judges is shared by the president and the Senate. The legal framework for such appointments is established by provisions within the Constitution under Article II, Section 2, Clause 2. 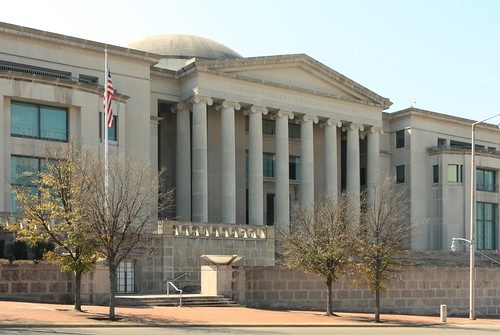 Nominations for judicial appointments by the president are transmitted by message to the Senate. The message is read and the Senate executive clerk assigns a consecutive number to the message. In most instances, the Senate Judiciary Committee begins the consideration of a nomination by gathering more information about the individual nominated. The nomination of federal judges is subject to a committee hearing, during which the nominee and others testify.

Several options are available to the Judiciary Committee regarding the disposition of a nomination, and the Committee is not required to act upon nominations at all. In the event the Committee chooses to report a nomination, it can choose to do so favorably, unfavorably or without any recommendation.

When a nominee is confirmed, the secretary of the Senate will attest to a “resolution of confirmation,” which is then sent to the White House. The president may also choose to withdraw a nomination at any time, which ends the nomination process.