Amendments to a measure in the Senate can be offered at almost any time while the measure is under consideration. In addition, an amendment can be debated for an unlimited amount of time. In most cases, an amendment can relate to any subject, even if it is unrelated to the measure that is actually being amended. 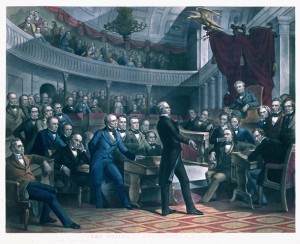 Relevancy is necessary for general appropriations bills. These include bills on which cloture has been invoked as well as concurrent budget resolutions and measures that are regulated by unanimous consent time agreements.