Restaurants have a very long history in China. At a time when fine food in western Europe was confined to a handful of great monasteries, the Song Dynasty capital, Kaifeng, supported hundreds of commercial food businesses and a rich gourmet culture…. 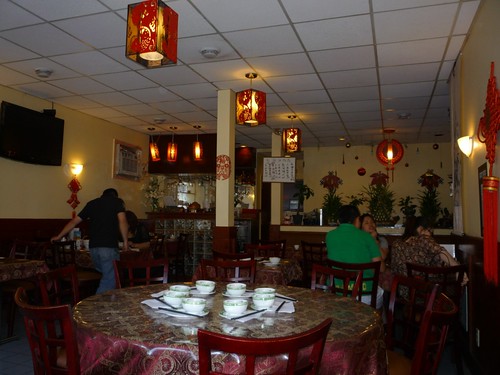 Some of the city’s restaurants were so renowned that the emperor himself ordered out for their specialties; they could also cater the most elaborate banquets, in their own halls or at the homes of the wealthy. Kaifeng’s many eateries also included teahouses where men could sip tea, gossip, and order snacks or full meals, as well as wineshops, which were more popular at night….

China’s vibrant restaurant culture continued unabated through the end of the Qing Dynasty. The English clergyman John Henry Gray [in China: A History of the Laws, Manners, and Customs of the People, (London: Macmillan, 1878), Volume II, Chapter 19, page 64], one of the few Europeans with a serious interest in Chinese food, summed up the typical nineteenth-century urban eatery thus:

The restaurants are generally very large establishments, consisting of a public dining-room and several private rooms. Unlike most other buildings, they consist of two or three stories. The kitchen alone occupies the ground floor; the public hall, which is the resort of persons in the humbler walks of life, is on the first floor, and the more select apartments are on the second and third floors. These are, of course, resorted to by the wealthier citizens, but they are open to persons in all classes of society, and it is not unusual to see in them persons of limited means. At the entrance-door there is a table or counter at which the proprietor sits, and where each customer on leaving pays for his repast. The public room is immediately at the head of the first staircase, and is resorted to by all who require a cheap meal. It is furnished, like a cafe, with tables and chairs, a private room having only one table and a few chairs in it.

… All guests, rich and poor, entered the restaurant through the ground-floor kitchen, where they could judge for themselves the skill of the chefs, the quality of the roasted ducks, chickens, and pigs hanging from the ceiling…and the facility’s cleanliness. When the Chinese immigrated to the United States, they carried this style of restaurant intact to their new homeland. 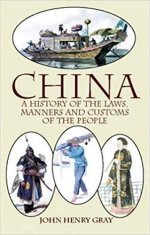 China: A History of the Laws, Manners and Customs of the People 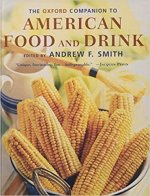 The Oxford Companion to American Food and Drink 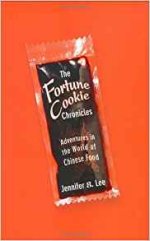 The Fortune Cookie Chronicles: Adventures in the World of Chinese Food 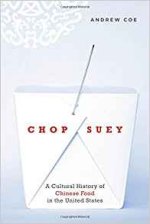 Chop Suey: A Cultural History of Chinese Food in the United States