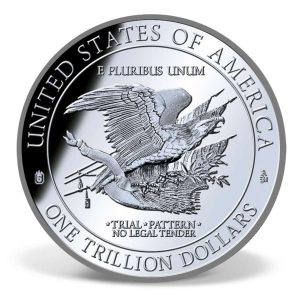 The difference between the face value of minted circulating coins and the cost of their production, including the cost of metal used in the minting and the cost of transporting the coins to Federal Reserve Banks for distribution to the public. Seigniorage reflects an increase in the value of government assets when coinage metal is converted to a coin whose face value is higher than the cost of the metal. Seigniorage arises from the government’s exercise of its monetary powers. In contrast to receipts from the public, seigniorage involves no corresponding payment by another party. For budget reporting purposes, seigniorage is excluded from receipts and treated as a means of financing a deficit–other than borrowing from the public–or as a supplementary amount that can be applied to reduce debt or to increase the Treasury’s cash. The budget includes an estimate of receipts (offsetting collections) equal to the cost of manufacturing and distributing circulating coins, including a charge for capital. (See also Means of Financing.)