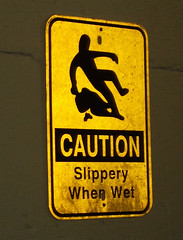 A few days after a law has been enacted, it is officially published first as a “slip law.” The first official publication of a bill that has been enacted and signed into law. Each is published separately in unbound single-sheet or pamphlet form. The heading indicates the public (Pub. L., or P.L.) or private law (Pvt.L.) number, the date of approval, and the bill number. The heading of a slip law for a public law also indicates the United States Statutes at Large citation.

Laws are published first as slip laws and then codified into the Statutes at Large and the United States Code.

The Office of the Federal Register (National Archives and Records Administration) prepares the slip laws and provides marginal editorial notes giving the citations to laws mentioned in the text and other explanatory details. The marginal notes also give the United States Code classifications, enabling the reader immediately to determine where the statute will appear in the Code. Each slip law also includes an informative guide to the legislative history of the law, including the committee report number, the name of the committee in each chamber of Congress, as well as the date of consideration and passage in each chamber, with a reference to the Congressional Record by volume, year, and date.

Section 113 of title 1 of the United States Code provides that slip laws are competent evidence in all the federal and state courts, tribunals, and public offices.