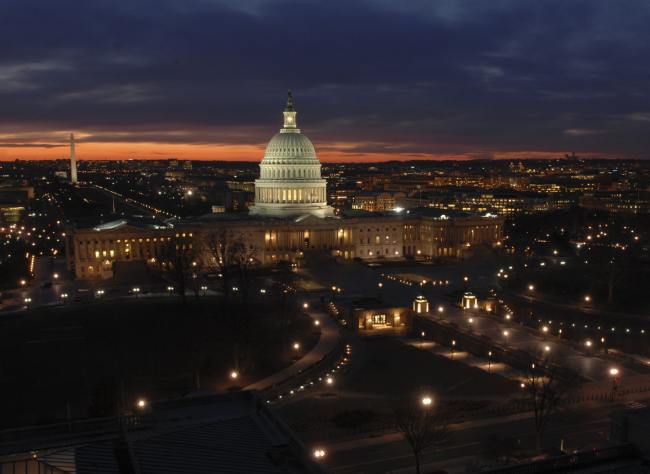 Congress, n. A body of men who meet to repeal laws.
— Ambrose Bierce, The Devil’s Dictionary

Article. I. Section. 1. of the Constitution provides: “All legislative Powers herein granted shall be vested in a Congress of the United States, which shall consist of a Senate and House of Representatives.”

The size of the House of Representatives, currently 435 members, is set by the Constitution (“The Number of Representatives shall not exceed one for every thirty Thousand, but each State shall have at Least one Representative”), and by the Apportionment Act of 1911 (2-page PDF

The size of the Senate, currently 100 members, is established by the Constitution (“The Senate of the United States shall be composed of two Senators from each State….”).

The current political composition of Congress is available at CongressByTheNumbers.com.

A “Member of Congress” (MOC) can be a member of the House or the Senate.

At the national level there is only one legislative body formally known as the “House” and that is the U.S. House of Representatives. Currently the House has 435 members, and its members are called “Representative” (Rep.) or, colloquially, “Congressman” or “Congresswoman“.

Currently, there are 100 members of the U.S. Senate, and each member is called “Senator“.

For a table showing the terms of Congress from 1789 to the present, see TermsofCongress.com.

‘The Best View In Washington’ From Top Of The US Capitol

For a short list showing the major differences between the House and the Senate, see CongressByTheNumbers.com.

Washingtonian, n. A Potomac tribesman who exchanged the privilege of governing himself for the advantage of good government. In justice to him it should be said that he did not want to.

They took away his vote and gave instead
The right, when he had earned, to eat his bread.
In vain–he clamors for his “boss,” pour soul,
To come again and part him from his roll.
–Offenbach Stutz