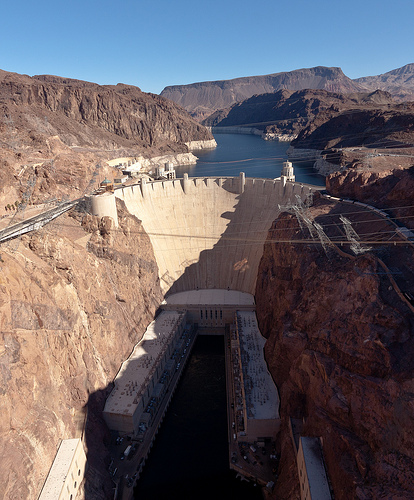 When a senator is recognized to speak on a pending measure, few limitations are placed on her. Debate is generally unlimited on all pending measures. A senator may yield to another senator for a question, but the senator still controls the floor. One of the most visible of Senate characteristics is the right of an individual senator to maintain the floor, that is, to speak for an extended period of time. Continuing, extended debate is referred to as a filibuster. The image of James Stewart in the film, Mr. Smith Goes to Washington, presents an exaggerated picture of one senator tying up the work of the Senate.

A contemporary approach to filibusters is the so-called “tag-team filibuster.” A senator speaks for a period and then yields to another senator. When several senators participate in extended debate, it takes some time for the Senate to realize a filibuster is being conducted. Therefore, even the threat of a filibuster carries weight as the Senate attempts to schedule and consider legislation.

Senate rules prohibit a senator from speaking more than twice on the same subject on the same legislative day. Because each amendment is considered a different subject, the so-called two-speech rule is not a practical limit on debate.

A filibuster can be ended by negotiation among senators or by invoking cloture. Cloture is the only procedure by which the Senate can vote to set an end to debate without also rejecting the measure under consideration.

A time-delaying tactic associated with the Senate and used by a minority in an effort to delay, modify or defeat a bill or amendment that would likely pass if voted on directly. The most common method is to take advantage of the Senate’s rules permitting unlimited debate, but other forms of parliamentary maneuvering may be used. The stricter rules of the House make filibusters more difficult, but delaying tactics are employed occasionally through various procedural devices allowed by House rules.

Using the filibuster to delay or block legislative action has a long history. The term filibuster — from a Dutch word meaning “pirate” — became popular in the 1850s, when it was applied to efforts to hold the Senate floor in order to prevent a vote on a bill.

In the early years of Congress, representatives as well as senators could filibuster. As the House of Representatives grew in numbers, however, revisions to the House rules limited debate. In the smaller Senate, unlimited debate continued on the grounds that any senator should have the right to speak as long as necessary on any issue.

In 1841, when the Democratic minority hoped to block a bank bill promoted by Kentucky Senator Henry Clay, he threatened to change Senate rules to allow the majority to close debate. Missouri Senator Thomas Hart Benton rebuked Clay for trying to stifle the Senate’s right to unlimited debate.

Three quarters of a century later, in 1917, senators adopted a rule (Rule 22 (XXII)), at the urging of President Woodrow Wilson, that allowed the Senate to end a debate with a two-thirds majority vote, a device known as “cloture.” The new Senate rule was first put to the test in 1919, when the Senate invoked cloture to end a filibuster against the Treaty of Versailles. Even with the new cloture rule, filibusters remained an effective means to block legislation, since a two-thirds vote is difficult to obtain. Over the next five decades, the Senate occasionally tried to invoke cloture, but usually failed to gain the necessary two-thirds vote. Filibusters were particularly useful to Southern senators who sought to block civil rights legislation, including anti-lynching legislation, until cloture was invoked after a 57 day filibuster against the Civil Rights Act of 1964. In 1975, the Senate reduced the number of votes required for cloture from two-thirds to three-fifths, or 60 of the current one hundred senators.

Many Americans are familiar with the filibuster conducted by Jimmy Stewart, playing Senator Jefferson Smith in Frank Capra’s film Mr. Smith Goes to Washington, but there have been some famous filibusters in the real-life Senate as well. During the 1930s, Senator Huey P. Long effectively used the filibuster against bills that he thought favored the rich over the poor. The Louisiana senator frustrated his colleagues while entertaining spectators with his recitations of Shakespeare and his reading of recipes for “pot-likkers.” Long once held the Senate floor for 15 hours. The record for the longest individual speech goes to South Carolina’s J. Strom Thurmond who filibustered for 24 hours and 18 minutes against the Civil Rights Act of 1957.

Most of these are rules of general applicability. In addition, the House may adopt a special rule from the Committee on Rules that places a different limit on the duration of debate on a particular legislative proposal.

This practice enables the House, by majority vote, to specify time for, and control of, debate depending on the complexity of the proposed measure.

Unless otherwise provided by House rule or by a special rule from the Committee on Rules, a proposition considered in the House is debated under the hour rule. §§ 44, 45, infra. However, the various motions that may apply to a proposition often carry their own time limitations for debate and, in some instances, preclude debate entirely. 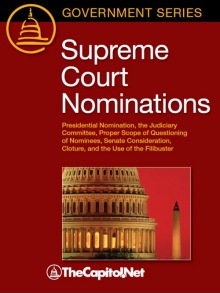 Senate Rule 22: Executive Nominations and the Role of Debate