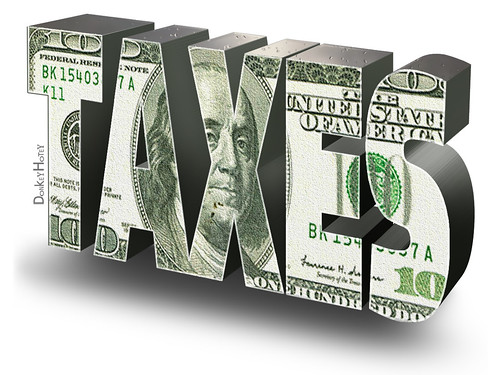 Revenues, also known as receipts, are the funds collected from the public primarily as a result of the federal government’s exercise of its sovereign powers. Most of the federal government’s revenues consist of receipts from individual income taxes, social insurance (payroll) taxes, and corporate income taxes. Preferential provisions, such as tax exemptions, deductions, and credits, which reduce government receipts, are called tax expenditures. Excise taxes, duties, gifts, and miscellaneous receipts are other sources of federal revenues. Offsetting collections are not classified as revenues, but instead are treated as negative spending (i.e., deducted from gross budget authority and outlays).

Where Does the Federal Government Get All That Money?

Revenues are either of the following:

(1) As used in the congressional budget process, a synonym for governmental receipts. Revenues result from amounts that result from the government’s exercise of its sovereign power to tax or otherwise compel payment or from gifts to the government. Article I, Section 7, of the U.S. Constitution requires that revenue bills originate in the House of Representatives.

Receipts include collections from the public and from payments by participants in certain social insurance and other Federal programs. These collections consist primarily of tax revenues and social insurance premiums, but also include receipts from court fines, certain fees, and deposits of earnings by the Federal Reserve System. Total receipts are compared with total outlays in calculating the budget surplus or deficit.

(2) As used in federal proprietary accounting, an inflow of resources that the government demands, earns, or receives by donation. Revenue comes from two sources: exchange transactions and nonexchange transactions. Exchange revenues arise when a government entity provides goods and services to the public or to another government entity for a price. Another term for exchange revenue is “earned revenue.” Nonexchange revenues arise primarily from exercise of the government’s power to demand payments from the public (e.g., taxes, duties, fines, and penalties) but also include donations. The term “revenue” does not encompass all financing sources of government reporting entities, such as most of the appropriations they receive. Revenues result from (1) services performed by the federal government and (2) goods and other property delivered to purchasers.

What Can We Cut to Balance the Budget