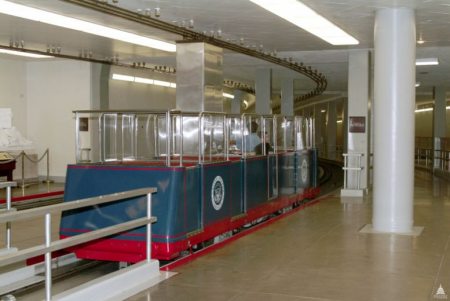 Underground subways in a tunnel system that connect congressional office buildings to the US Capitol building.

A series of tunnels runs between the Senate and House Office Buildings and the U.S. Capitol Building. Walkways in these tunnels allow Senators, Members of Congress, staff people, and visitors to travel quickly and safely between buildings without having to go outside.

Inside some of these tunnels are subway cars. Pictured here is one of the earliest of those cars, one of a duo known affectionately as “Peg” and “Tommy.” Both cars were designed by the Studebaker Company. They were first put into service on March 7, 1909, the day the Senate Subway opened.

The following day, the Washington Post had this to say of the new Senate subway and its cars:

“…senators will be enabled to whiz between the Capitol and their Office buildings in a jiffy. . .the new autos are natty, light tan in color and with comfortable leather-covered seats. They are operated by 5 horsepower storage batteries and can make about 12 miles per hour, unless the Senators object to this speed…”

In 1912, Peg and Tommy were replaced by a new monorail system. That system has been upgraded since, but the Senate subway continues to carry Senators and visitors quickly to and from the Capitol.

Exclusive ride on the Capitol subway 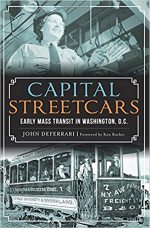 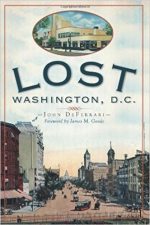 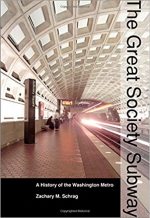 The Great Society Subway: A History of the Washington Metro