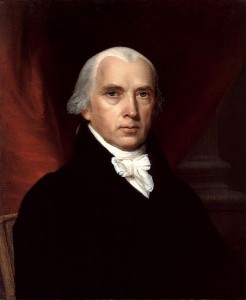 Congress enacted the Foreign Intelligence Surveillance Act (FISA) in 1978. FISA provides a statutory framework for government agencies to obtain authorization to gather foreign intelligence by means of (1) electronic surveillance, (2) physical searches, (3) pen registers and trap and trace (PR/TT) devices (which record or decode dialing, routing, addressing, or signaling information), or (4) the production of certain business records. Agencies typically request authorization for such activities from the Foreign Intelligence Surveillance Court (FISC), a specialized court created by FISA to act as a neutral arbiter of agency requests for FISA orders.

Following revelations regarding widespread privacy violations by the federal government during the Watergate era, Congress enacted FISA to establish guidelines for government collection of foreign intelligence. FISA defines “[f]oreign intelligence information” as information relating to a foreign power or that generally concerns the ability of the United States to protect against international terrorism or a potential attack by a foreign power or agent of a foreign power. Though Congress initially limited FISA to regulating government use of electronic surveillance, Congress subsequently amended FISA to regulate other intelligence-gathering practices, such as physical searches, the use of PR/TT devices, and compelling the production of certain types of business records.

Shortly after the 9/11 terrorist attacks, Congress enacted the USA PATRIOT Act (Patriot Act) to “provid[e] enhanced investigative tools” to “assist in the prevention of future terrorist activities and the preliminary acts and crimes which further such activities.” In particular, Section 215 of the Patriot Act enlarged the scope of FISA’s business records provision. Following revelations that the National Security Agency was engaged in the bulk collection of telephone metadata under Section 215 of the Patriot Act, Congress enacted the USA FREEDOM Act, which narrowed Section 215 and FISA’s PR/TT authority, and provided express authority for the FISC to appoint amici curiae to supplement its normally ex parte proceedings.

Other major changes to FISA include the FISA Amendments Act of 2008 (FAA), codified as Title VII of FISA. These amendments established procedures governing the targeting—for intelligence-gathering purposes—of non-U.S. persons located abroad. They also established statutory and procedural protections regarding surveillance of U.S. persons located outside the United States. Congress last reauthorized Title VII of FISA in early 2018. Title VII will be up for reauthorization in 2023.

In 2020, three provisions of FISA commonly associated with the Patriot Act lapsed. These provisions, which are discussed in more detail below, are covered by a grandfather provision which permits them to remain in effect with respect to investigations that existed before the sunset date.

The FISA Court: History, Purpose, and Controversy [No. 86]
“Restore the Fourth Rally” Against NSA Surveillance