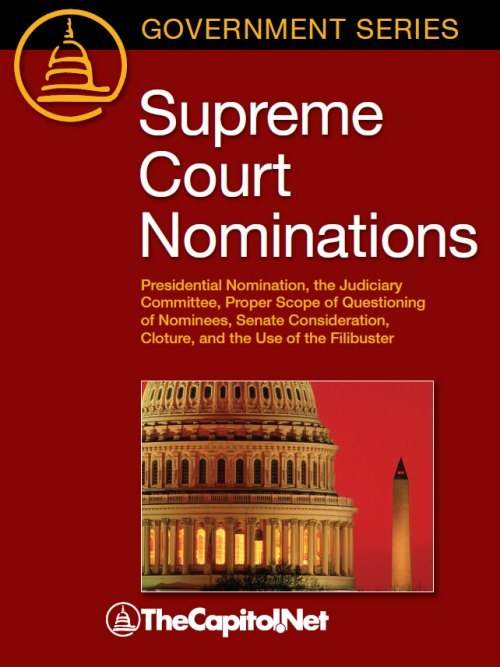 Supreme Court Nominations:
Presidential Nomination, the Judiciary Committee, Proper Scope of Questioning of Nominees, Senate Consideration, Cloture, and the Use of the Filibuster

The procedure for appointing a Supreme Court Justice is provided for by the Constitution in only a few words. The “Appointments Clause” (Article II, Section 2, clause 2) states that the President “shall nominate, and by and with the Advise and Consent of the Senate, shall appoint…Judges of the supreme Court.”

This book explores the appointment process–from Presidential announcement, Judiciary Committee investigation, confirmation hearings, vote, and report to the Senate, through Senate debate and vote on the nomination.