Legislation introduced in the 117th Congress seeks to restrict foreign investment and ownership of U.S. agricultural land. In 2019, foreign persons and entities held an interest in 2.7% of U.S. privately owned agricultural land—covering crop, grazing, and forest land—according to the U.S. Department of Agriculture (USDA). Other related legislation seeks to limit the eligibility of foreign persons and entities for USDA farm program benefits.

Individuals and entities in five countries accounted for more than 62% of all foreign-owned agricultural land in 2019 (Table 1). As a share of all foreign-owned acres, these were Canada (29%, mostly forestland), the Netherlands (14%), Italy (7%), the United Kingdom (6%), and Germany (6%). Other countries with foreign investments of more than 500,000 acres were Portugal, Denmark, Luxembourg, Mexico, the Cayman Islands, Switzerland, and Japan. 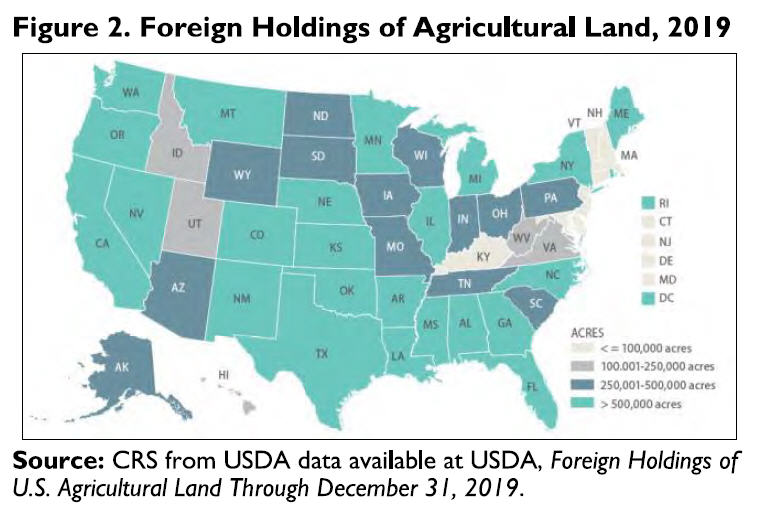