There are village tyrants, as well as village Hampdens, but none who acts under color of law is beyond reach of the Constitution. . . . The very purpose of a Bill of Rights was to withdraw certain subjects from the vicissitudes of political controversy, to place them beyond the reach of majorities and officials, … Read more 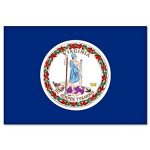 Sic Semper Tyrannis – Thus ever to tyrants The phrase was recommended by George Mason to the Virginia Convention in 1776, as part of the commonwealth’s seal. The Seal of the Commonwealth of Virginia shows Virtue, spear in hand, with her foot on the prostrate form of Tyranny, whose crown lies nearby. The Seal was … Read more 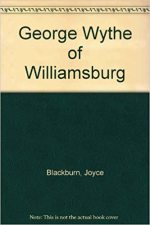 From “Proper Etiquette for When You’re Under Arrest” by Adam Martin, The Atlantic Wire, April 6, 2012 #1: Be polite, respectful, and professional with the cops, even if they’re being jerks to you. #2: Don’t say anything to the cops that you don’t have to. #3: Answer the questions they need to process you. #4: … Read more

From “7 Rules for Recording Police: Courts are expanding rights but cops are cracking down. Find out how to keep your footage, and yourself, out of trouble.” by Steve Silverman, Hit and Run, April 5, 2012 Rule #1: Know the Law (Wherever You Are) Rule #2 Don’t Secretly Record Police Rule #3: Respond to “Shit … Read more

The Constitution of the United States: Amendment 9 (Amendments 1-10 are known as the Bill Of Rights) (9th Amendment) Amendment IX. (Non-Enumerated Rights) The enumeration in the Constitution, of certain rights, shall not be construed to deny or disparage others retained by the people.   9th Amendment – Michael Badnarik Bill of Rights Class   … Read more

The Constitution of the United States: Amendment 8 (Amendments 1-10 are known as the Bill Of Rights) (8th Amendment) Amendment VIII. (Cruel and Unusual Punishment) Excessive bail shall not be required, nor excessive fines imposed, nor cruel and unusual punishments inflicted.   8th Amendment – Michael Badnarik Bill of Rights Class   More The Constitution … Read more