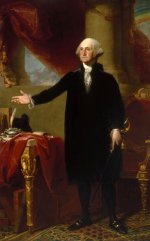 The United States Constitution Article. II. (The Executive Branch) Section. 2. (Civilian Power over Military, Cabinet, Pardon Power, Appointments) The President shall be Commander in Chief of the Army and Navy of the United States, and of the Militia of the several States, when called into the actual Service of the United States; he may … Read more