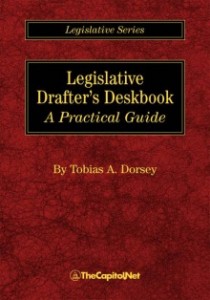 From the Congressional Glossary – Including Legislative and Budget Terms Rules The term “rules” has two specific congressional meanings. A rule may be a standing order governing the conduct of House or Senate business that is listed among the permanent rules of either chamber. The rules deal with duties of officers, the order of business, … Read more

From the Congressional Glossary – Including Legislative and Budget Terms Question Question: Any matter on which the House or Senate is to vote, such as passage of a bill, adoption of an amendment, agreement to a motion, or an appeal. During a filibuster in the Senate, a senator may yield to another senator for a … Read more

From the Congressional Glossary – Including Legislative and Budget Terms Original Bill A bill drafted by a committee and introduced by its chair when the committee reports the measure back to its chamber. It is not referred back to the committee after introduction. The Senate allows all committees to report original bills; the House generally … Read more

From the Congressional Glossary – Including Legislative and Budget Terms Union Calendar photo credit: Gonmi Bills that directly or indirectly appropriate money or raise revenue are placed on this House calendar according to the date they are reported from committee. The Constitution specifies that all bills for raising revenue originate in the House (Article I, … Read more