COMMUNISM You have two cows. The government takes both of them and gives you part of the milk.

COMMUNISM You have two cows. The state takes both, and gives you a little milk … once.

You have two cows. The government…. – from TheCapitol.Net

It is not an accident that communism, wherever it has strongly established itself, has always restricted international travel, stirred up spy-mania, and jammed foreign radio stations. Where the USSR led, the People’s Republic of China and Cuba followed. And their example was picked up by North Vietnam, Cambodia, and Ethiopia. Communist leaderships in power repeatedly clamped down on the free flow of information in their countries and used propaganda to indoctrinate whole populations. Official media claimed that poverty and oppression were the universal features of life under capitalism; that capitalism was entering a period of terminal decline; and that the future, the brightest of futures, lay with communism.

“Hoover Archives: What I Found in Mr. Hoover’s Papers,” by Robert Service, Hoover Digest, 2006 No. 2

COMMUNISM You have two cows. The government takes both and gives you spoiled milk.

COMMUNISM — CAMBODIAN You have two cows. The government takes both and shoots you.

COMMUNISM — CAMBODIAN You have two cows. The government sends a teenager in a red bandana to shoot them, then he shoots you.

COMMUNISM — CHINESE You don’t have any cows. The government sets up a joint venture with McDonald’s.

COMMUNISM — CHINESE You have two cows. You take care of them. The government takes all the milk, but you are encouraged to steal some of it back (before someone else does).

The Museum of Communism is an online, “virtual” museum that provides historical, economic, and philosophical analysis of the political movement known as Communism; it may be found on the World Wide Web at http://www.gmu.edu/departments/economics/bcaplan. An overwhelming consensus of historians from a wide range of political viewpoints concludes that the human rights violations of Communist regimes have been enormous – often greater, in fact, than those of the infamous Nazi Germany. Yet public awareness of the major crimes of Communist regimes remains minimal. The purpose of the Museum of Communism is to disseminate this information, combining high scholarly standards with an entertaining format.

Museum of Communism – by Bryan Caplan

COMMUNISM — CHINESE – MAO STYLE You have two pigs. The government launches a campaign to convince you to donate them “voluntarily” to provide meat for workers in the city. The government then declares that people don’t need pigs to make pork. Quoting the correct phrases from your little red book, you and your neighbors try to create pork from sheer willpower. Your local party leader reports that you have exceeded all expectations. Your neighbors starve.

COMMUNISM — CUBAN – CASTRO STYLE Fidel Castro has two cows. They are F1’s, a cross between the Cebu cow and the Holstein cow. Only one cow, “White Udder,” works. When she dies she is stuffed and placed in a museum by Castro, “The Dictator of the Cows,” where “future generations could admire her magnificent udders.” You have not seen cow milk since 1985.

COMMUNISM — CUBAN You have two cows. Fidel tells you some undercover CIA agents have infected all of the cows in your region with a foreign disease that kills the cows. You and your family become malnourished. It begins to occur to you that Fidel doesn’t know what he is talking about.

COMMUNISM — CUBAN You no longer have any cows. They sailed to Miami. You still have no milk – but you do have Fidel.

COMMUNISM — “PURE” You have two cows. Your neighbors help you take care of them, and you all share the milk.

COMMUNISM — “PURE” You have two cows. Your neighbors help you take care of them, and you all share the milk. Well, maybe the local bully gets more, or a few neighbors band together to kill you so that there is more milk for everyone else. 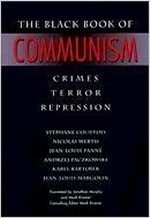 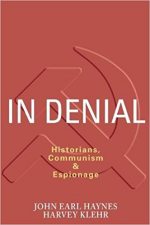 In Denial: Historians, Communism, and Espionage 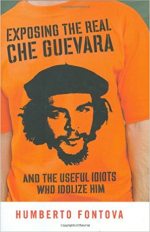 Exposing the Real Che Guevara: And the Useful Idiots Who Idolize Him 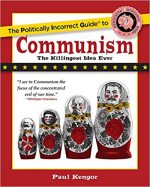 The Politically Incorrect Guide to Communism