There are four basic types of legislation that are handled by Congress. They include bills, simple resolutions, joint resolutions and concurrent resolutions. 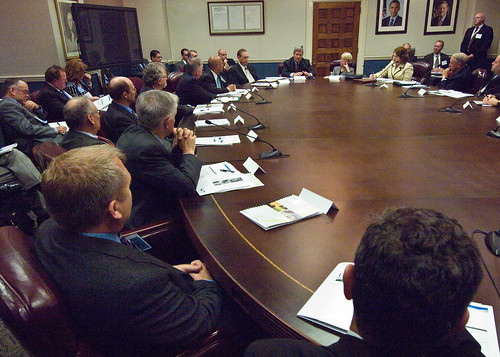 Typically, a private bill will be used to achieve relief in matters regarding naturalization and immigration or claims against the United States. A bill will only become law once it has been agreed to in identical form by both bodies and only after the president has approved it, overridden a presidential veto by a 2/3 vote or returned with objections by the president to the House in which it originated within 10 days in which Congress is in session.

A joint resolution may originate in either the Senate or the House of Representatives, even though it is often assumed that this type of legislation originates in both houses. There is actually not much difference between a joint resolution and a bill, but one difference is that a joint resolution can include a preamble that precedes the resolving clause. In the event a joint resolution amends the Constitution and is approved by 2/3 of both Houses, it does not need to be presented to the President for approval. Instead, it is sent to the Archivist of the United States to be submitted to the states for ratification.

A matter that affects the operations of both chambers of Congress is typically initiated through a concurrent resolution. They are often used for expressing opinion, principles, facts and purposes of the two houses of Congress.

For more information about these four major types of legislation, see Chapter 2. Introduction of Legislation, in Congressional Procedure: A Practical Guide to the Legislative Process in the U.S. Congress, by Richard Arenberg