Special note to readers of Testifying Before Congress and anyone searching for information about congressional hearings,

The following information is made available to you as part of the author’s promise to provide periodic updates, revisions and additions to the content of the book (see Appendix Thirteen, page 398, “Keep Up-to-Date”), and especially to highlight current and recent events that underscore themes that are advanced in the book or that demonstrate the need for a professional, organized and informed approach to preparing and delivering congressional testimony and serving as a witness.

Thanks to the appearance of several congressional witnesses from an array of business sector entities, 2010 congressional hearings provided more than the usual drama, notable surprises, head-shaking disbelief, and new “lows” in performance as many individuals succumbed to the dreaded perils of testifying before Congress without adequate preparation and appreciation for the unique culture of congressional hearings.

Witness the performances of leaders from the auto manufacturers, Wall Street, and energy companies, including, most notably, the top executive of BP. To the long list of negative “poster children” who best lay the foundation for the need for adequate preparation and rehearsal for the delivery of effective congressional testimony, consider the following stories of 2010 that featured top professionals who turned in less-than-stellar performances when they occupied the “hot seat.” Some, it can be said, even crashed through the proverbial glass pane.

In various hearings before congressional committees and a commission investigating what caused the 2008 financial collapse, Wall Street executives claimed to have underestimated the severity of the crisis, apologized to Congress for their risky behavior and poor decisions, and defended their bonuses. See “In Senate testimony, ratings agency heads won’t take the blame,” by Kevin G. Hall, McClatchy Newspapers, April 23, 2010, and “Bank CEOs: Sorry for risky behavior, bad decisions,” Associated Press, January 13, 2010

In perhaps the most notorious testimony of 2010, BP chief executive Tony Hayward appeared evasive and claimed he was “out of the loop” on many decisions concerning the Gulf oil spill, while Members of Congress pummeled and grilled him with questions and criticism. While declaring, “I’m not stonewalling,” Hayward repeatedly stuck to his script and responded to committee questions by asserting, “I can’t answer that question,” “I can’t recall,” “That’s a decision I was not party to,” and “I don’t know.” See “BP CEO Tony Hayward Goes To Capitol Hill, Gets Pilloried By Congress: ‘Shame On You’ (VIDEO),” Huffington Post, June 17, 2010, and “BP CEOs Testimony Stirs Controversy,” by Kyle Colona, Suite 101.com, June 21, 2010 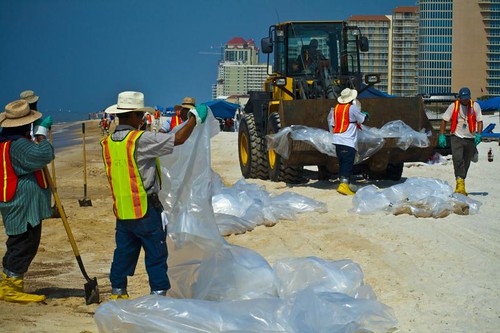 Even the unworthy-of-news story about the White House party crashers, Tareq and Michaele Salahi, played out in the context of a congressional hearing at which the Salahis continually invoked their Fifth Amendment rights. The couple initially ignored an invitation to testify and was subsequently subpoenaed to appear. See “Salahis Appear at Congressional Hearing,” by Claudia Coffey, MyFoxDC, January 20, 2010 and “Salahis plead Fifth but can’t escape congressional scolding at hearing on White House security,” Reliable Source by Roxanne Roberts and Amy Argetsinger, The Washington Post, January 20, 2010

In a different type of congressional hearings story with a better result, at least from a performance perspective, Akio Toyoda of Toyota Motor Corporation told Congress that he was “deeply sorry” for accidents resulting from flaws in his company’s automobiles and reached out directly to the family of those killed in one of those accidents. His honesty and forthrightness seemed to pay off. “Akio Toyoda Congressional Testimony: “I am Deeply Sorry”,” by Brian Montopoli, CBS News, February 23, 2010

In an aftermath story stemming from Roger Clemens‘s 2008 testimony about the use of steroids in major league baseball, Clemens has been indicted for lying to a congressional committee. He made two major mistakes: 1) voluntarily testifying when he didn’t need to and shouldn’t have; and, 2) most importantly, allegedly lying when he did testify. “What Roger Clemens Could Have Learned from the Salahis,” by Chad Pergram, Fox News, August 21, 2010

And then…there is the ridiculous story of Stephen Colbert making an appearance — in character — to testify before a congressional committee on the subject of immigrant labor policy. He was a joke, his appearance was a farce and an embarrassment, and he made a mockery of the system. Shame on the congressional committee for inviting him. His appearance did damage to the witness and the committee, and did nothing to advance public policy consideration, debate and decision-making. “Stephen Colbert becomes another circus of Congress’s making,” by Ruth Marcus, The Washington Post, September 29, 2010.

Posted by: William LaForge, author of Testifying Before Congress.