Died. Moman Pruiett, 73, shaggy-browed Oklahoma criminal lawyer; of pneumonia; in Oklahoma City. Sent to jail for robbery at age 18, he vowed “I’ll open the doors of your damned prisons!” Later he became so expert at bringing tears to backwoods jurors’ eyes (343 murder cases, 303 acquittals, no executions) that he was considered a menace to the community. 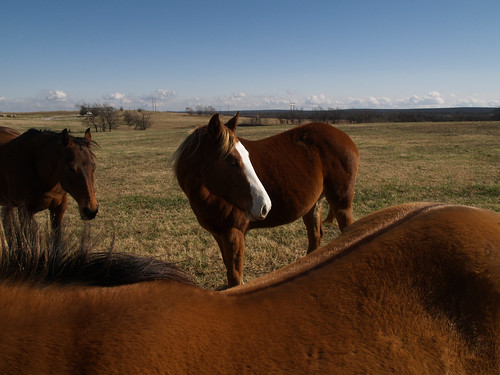 photo credit: by and by

But in America we have ever considered this as being the work of savage beasts and we have shrunk from these brutal instruments as we have shrunk from the monarch’s heel; and as a righteous reaction from the ancient code of infamy and savagery, we have placed in our Constitution provisions that have for their purpose the preventing of prosecutors from forcing defendants to bear testimony against themselves. The wise Fathers of this great republic–men of foresight, vision and governmental genius who peered into the future as far as human eyes could see, saw the furies of the morrows, all the hatreds yet to be–knew that such men would walk the earth in the future as they had in the past, who would be willing that the defendants should bear testimony against themselves; wherefore they enacted as the Fifth Amendment to the Federal Constitution the provision that no person shall be compelled in criminal cases to be a witness against himself. 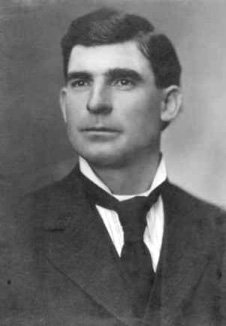 In the dark ages that have slumbered in the vicious vistas of the days long ago, when the individual had no right for which to fight and for which to contend–when the prerogatives belonged to the Monarch, Governor Johnston’s theories were in vogue. But man has advanced in many ways and we may well assume that if there is anything now settled or ever to be settled in our courts of justice as an act of procedure, it is, let us hope, that the defendant shall ever have that glorious right and sovereign prerogative of a public trial, and then and there in open court to be confronted by his accusers. This law has ever hinged on the principle that these trials are to be public–that these witnesses are to appear in the self-same public court and then and there be subject to cross-examination. Under the ancient savage laws, most trials were conducted when the defendant slumbered in some dark and desolate dungeon while his accuser in royal regalia wrote out the verdict of his destiny.
. . .
Our honorable Governor further recommends that the statute of limitations be so amended that the same shall not commence to run against any public officer for official misconduct until the expiration of the terms of office of said person. Gentlemen, I take the position and maintain that the statute of limitations should never run against any officer for any crime he may perpetrate.

The people repose extraordinary confidence and trust in their public officers and who pollutes and breaks that faith should suffer the consequences thereof whenever the commission of his offence shall have been ascertained. The statute of limitations should no more run against officers who have violated their public trust than against the man who commits malicious murder; for politics and politicians do so mingle that protection is oftimes given to those who prostitute their offices for personal or political gain; and, further, time does tame the thief in high places.

During the last few years, the forces of fanaticism made great progress in this country, and the “deformer” and his associates, the various snooping syndicates throughout the land, have been trying to deprive the working man of his only day of enjoyment by trying to close on Sundays theatres, ball parks, and other places of enjoyment and amusement.

Nothing breeds vice like an attempt to promote virtue by force, and eternal vigilance is still the price of liberty! Yet, we have such organizations to thank for this age of graft, lawlessness, crime and the reign of the bootlegger. Their triumph has made sneakery, hypocrisy and disrespect for the law popular; it opens the flood gates of vice, drunkenness and crime; it nullifies constitutional provisions for the protection of individual liberty, and is ready, in the administration of government, to replace democracy with absolute despotism. 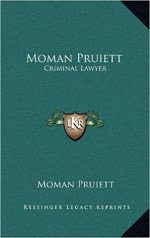 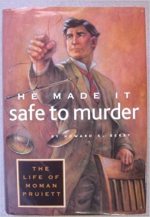 He made it safe to murder, by Howard K Berry 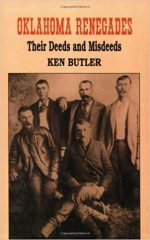 Oklahoma Renegades: Their Deeds and Misdeeds, by Ken Butler 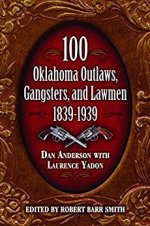