Congress at your fingertips

This comprehensive directory lists members of the US Senate and House of Representatives, complete with color photos and a fold-out map of Capitol Hill. The Congressional Directory is wire-spiral bound for flat-fold reference and durability.

Standard Version
(Standard is State-by-State: Governor, Senators, and Representatives are listed together under their state. 196 pages with fold-out map of Capitol Hill) 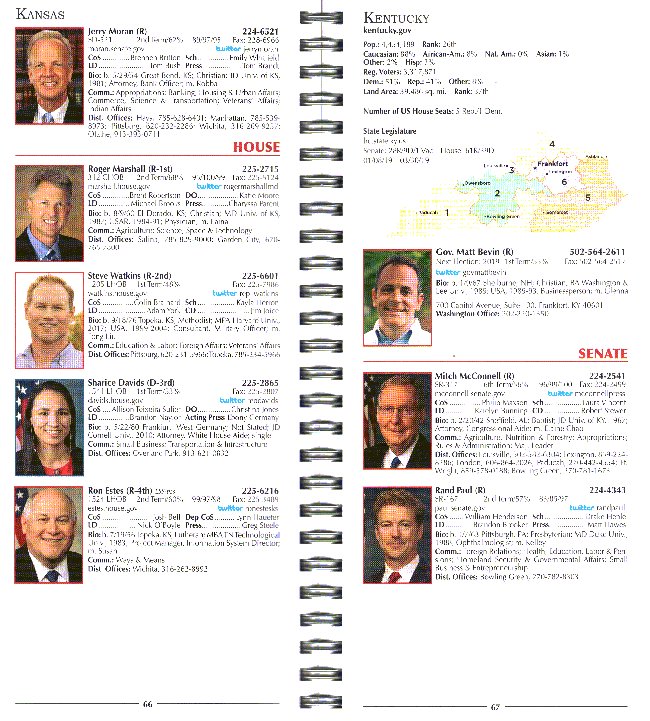 About Members of Congress Live Courses

Have a suggestion for the Congressional Directory?

If you have a suggestion for a change or addition to a future edition of the Congressional Directory, please contact us or complete our online suggestion form.