Faculty and Authors of TheCapitol.Net > G-L

MATTHEW GREEN is a professor of politics and an associate fellow at the Institute for Policy Research and Catholic Studies. He has taught at Catholic University since 2005.

Professor Green teaches a variety of courses in American politics, focusing in particular on political institutions, methods, and the use of political power. He recently taught a new course on current political events called Politics in the Age of Trump. He also helped develop and has co-taught the class Washington Past and Present, an interdisciplinary introduction to the city of Washington, D.C. that is unique to Catholic University.

Professor Green has written a number of books and articles about American politics. His most recent books include Legislative Hardball: The House Freedom Caucus and the Power of Threat-Making in Congress, Cambridge University Press (2019) and Choosing the Leader: Leadership Elections in the U.S. House of Representatives (with Doug Harris) Yale University Press (2019). 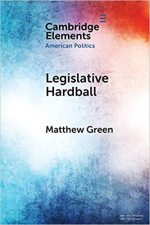 He also occasionally blogs for The Monkey Cage and other online forums. Professor Green also served as president of the National Capital Area Political Science Association for the 2015-16 academic year. 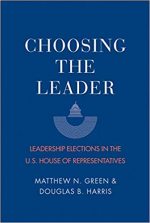