What to Watch Out For During the Hearing

Members of Congress often have strong partisan viewpoints or positions on issues, programs, and legislative initiatives, and they frequently announce, discuss, and stake out those positions at a committee hearing. It is important for a witness to be as politically savvy as possible when going before a committee. This means seeing political and issue partisanship for what it is, and understanding how it affects members of the committee and their perspectives, as well as the dynamics of a hearing. 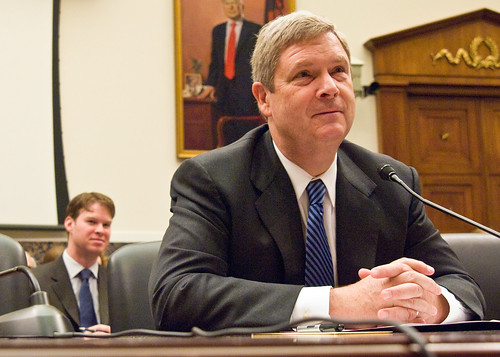 Based on party politics or personal ideology, committee members often have solidly established positions and viewpoints on issues to the extent that they are unable or unwilling to hear or consider new or additional information or differing perspectives. If you happen to confront that type of situation at your hearing, do not let it deter you from the goal, purpose, and flow of your testimony and answers.

During the preparation for a hearing, witnesses are encouraged to conduct a political analysis of the issue that will be the subject of a hearing, as well as to glean a complete understanding of the interests and issues near and dear to the committee and its members. If a witness has included those activities in preparation for a hearing, she or he can rely on that information in dealing with committee members who may have a different viewpoint or tend to speak or ask questions in an adversarial or even hostile manner.

During a hearing, particularly in introductory remarks by the chair and committee members, as well as during the question-and-answer period, individual viewpoints of committee members quite often emerge, and witnesses must often engage and interact with committee members on those topics. Understanding the partisan features and issues of a committee and its makeup will allow a witness to engage more productively, without either being overly concerned about trying to convert a member on his or her thinking about an entrenched policy or issue position, or marginalizing or disregarding a committee member’s perspective. From the moment a hearing begins, a witness should be prepared for, and take notice of, any partisanship that may surface in the hearing’s deliberations. This is particularly true because Congress has evolved into a more partisan, and sometimes even contentious, institution, and much of the attendant drama plays out in the context of committee hearings.

“Preparing A Witness For A Congressional Committee Hearing, Part II” from Testifying Before Congress, by William LaForge

Part I of this article is here.