The Constitution of the United States: Amendments 1-10 are known as the Bill Of Rights

(The Preamble to The Bill of Rights)

Congress of the United States
begun and held at the City of New-York, on Wednesday the fourth of March, one thousand seven hundred and eighty nine.

THE Conventions of a number of the States, having at the time of their adopting the Constitution, expressed a desire, in order to prevent misconstruction or abuse of its powers, that further declaratory and restrictive clauses should be added: And as extending the ground of public confidence in the Government, will best ensure the beneficent ends of its institution.

RESOLVED by the Senate and House of Representatives of the United States of America, in Congress assembled, two thirds of both Houses concurring, that the following Articles be proposed to the Legislatures of the several States, as amendments to the Constitution of the United States, all, or any of which Articles, when ratified by three fourths of the said Legislatures, to be valid to all intents and purposes, as part of the said Constitution; viz.

ARTICLES in addition to, and Amendment of the Constitution of the United States of America, proposed by Congress, and ratified by the Legislatures of the several States, pursuant to the fifth Article of the original Constitution.

Note: The first ten amendments to the Constitution were ratified December 15, 1791, and form what is known as the “Bill of Rights.”

James Madison, 4th President of the United Sates, is known as “Father of the Constitution” and (together with George Mason) “Father of the Bill of Rights“. 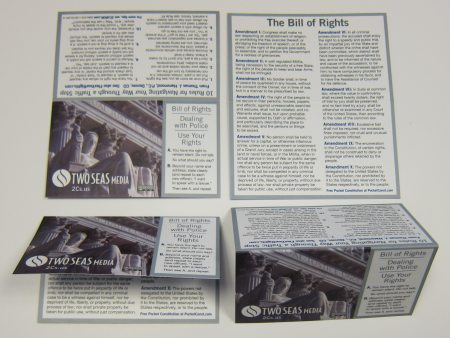 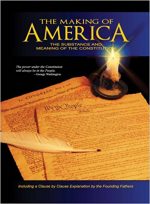 The Making of America: The Substance and Meaning of the Constitution