Some of the most highly publicized Senate hearings are those held for the purpose of considering presidential nominations. These nominations may include cabinet positions and nominations for other executive branch political offices, federal judges and U.S. diplomatic posts. 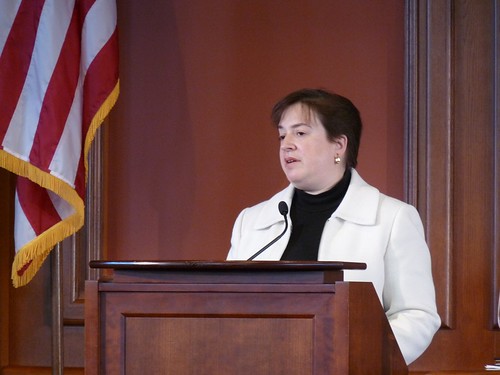 The Senate Judiciary Committee is responsible for conducting hearings for the purpose of reviewing nominations of federal district and appellate court judges,

While confirmation hearings may be conducted in a fairly routine manner that is not always the case. One of the highest-profile and most significant congressional hearings took place following the nomination of Judge Robert Bork by President Reagan to the United States Supreme Court in 1987. A huge battle between liberals and conservatives ensued, leading to millions of dollars being sent by both liberal and conservative activist groups. The Senate Judiciary Committee conducted twelve full days of hearings, with Judge Bork testifying during an unprecedented five days. Over the course of the hearing, one hundred witnesses appeared before the committee, either in support or opposition of the nomination. Ultimately, the Judiciary Committee voted against confirming Bork, however, it did not end there. Bork announced that he wished to proceed with a Senate floor vote; a vote that concluded 58-42 against the nomination.

Reference: Testifying Before Congress, by William LaForge, Section 1.58 Senate advice and Consent, Section 1.87 Example of the Influence of Hearings on Committee Action, and Section 7.5 Committee Follow-up Activities and Responsibilities.