The Maritime Crimes Clause is one of Congress’ enumerated powers found in the Constitution of the United States, Article. I. Section. 8., clause 10:

[The Congress shall have Power] To define and punish Piracies and Felonies committed on the high Seas, and Offences against the Law of Nations;

Every sovereign nation possesses these powers, and Congress has acted under this authority from the beginning.

Pirate ships and crews from the North African states of Tripoli, Tunis, Morocco, and Algiers (the Barbary Coast) were the scourge of the Mediterranean. Capturing merchant ships and holding their crews for ransom provided the rulers of these nations with wealth and naval power. In fact, the Roman Catholic Religious Order of Mathurins had operated from France for centuries with the special mission of collecting and disbursing funds for the relief and ransom of prisoners of Mediterranean pirates.

Before the United States obtained its independence in the American Revolution, 1775-83, American merchant ships and sailors had been protected from the ravages of the North African pirates by the naval and diplomatic power of Great Britain. British naval power and the tribute or subsidies Britain paid to the piratical states protected American vessels and crews. During the Revolution, the ships of the United States were protected by the 1778 alliance with France, which required the French nation to protect “American vessels and effects against all violence, insults, attacks, or depredations, on the part of the said Princes and States of Barbary or their subjects.”

After the United States won its independence in the treaty of 1783, it had to protect its own commerce against dangers such as the Barbary pirates. As early as 1784 Congress followed the tradition of the European shipping powers and appropriated $80,000 as tribute to the Barbary states, directing its ministers in Europe, Thomas Jefferson and John Adams, to begin negotiations with them. Trouble began the next year, in July 1785, when Algerians captured two American ships and the dey of Algiers held their crews of twenty-one people for a ransom of nearly $60,000. 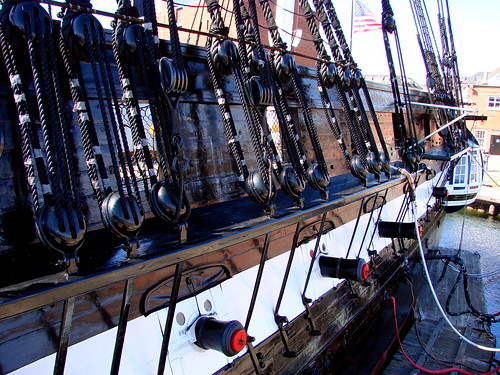 Thomas Jefferson, United States minister to France, opposed the payment of tribute, as he later testified in words that have a particular resonance today. In his autobiography Jefferson wrote that in 1785 and 1786 he unsuccessfully “endeavored to form an association of the powers subject to habitual depredation from them. I accordingly prepared, and proposed to their ministers at Paris, for consultation with their governments, articles of a special confederation.” Jefferson argued that “The object of the convention shall be to compel the piratical States to perpetual peace.” Jefferson prepared a detailed plan for the interested states. “Portugal, Naples, the two Sicilies, Venice, Malta, Denmark and Sweden were favorably disposed to such an association,” Jefferson remembered, but there were “apprehensions” that England and France would follow their own paths, “and so it fell through.”

Paying the ransom would only lead to further demands, Jefferson argued in letters to future presidents John Adams, then America’s minister to Great Britain, and James Monroe, then a member of Congress. As Jefferson wrote to Adams in a July 11, 1786, letter, “I acknolege [sic] I very early thought it would be best to effect a peace thro’ the medium of war.” Paying tribute will merely invite more demands, and even if a coalition proves workable, the only solution is a strong navy that can reach the pirates, Jefferson argued in an August 18, 1786, letter to James Monroe: “The states must see the rod; perhaps it must be felt by some one of them. . . . Every national citizen must wish to see an effective instrument of coercion, and should fear to see it on any other element than the water. A naval force can never endanger our liberties, nor occasion bloodshed; a land force would do both.” “From what I learn from the temper of my countrymen and their tenaciousness of their money,” Jefferson added in a December 26, 1786, letter to the president of Yale College, Ezra Stiles, “it will be more easy to raise ships and men to fight these pirates into reason, than money to bribe them.”

“America and the Barbary Pirates: An International Battle Against an Unconventional Foe,” by Gerard W. Gawalt, Library of Congress 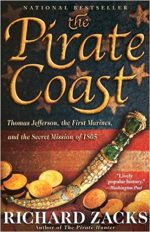 The Pirate Coast: Thomas Jefferson, the First Marines, and the Secret Mission of 1805 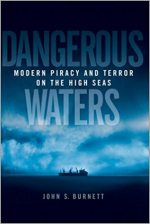 Dangerous Waters: Modern Piracy and Terror on the High Seas 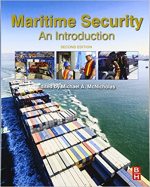 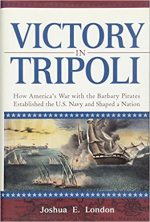 Victory in Tripoli: How America’s War with the Barbary Pirates Established the U.S. Navy and Shaped a Nation