The Naturalization and Bankruptcies Clause is one of Congress’ enumerated powers found in the Constitution of the United States, Article. I. Section. 8., clause 4:

[The Congress shall have Power] To establish an uniform Rule of Naturalization, and uniform Laws on the subject of Bankruptcies throughout the United States;

Acts of Congress define the requirements by which immigrants can become citizens. Only the federal government, not the states, can determine who becomes a citizen. Bankruptcy laws make provisions for individuals or corporations that fail to pay their debts.

For basic eligibility to become a naturalized U.S. citizen, you must first a spend at least five years as a legal permanent resident of the United States, during which you did not take any trips abroad for more than six months, and were present in the United States for not less than half of the entire period (two-and-a-half years). Additional factors, such as marriage to a U.S. citizen, may affect eligibility for citizenship. The USCIS provides an online eligibility worksheet to help people determine their eligibility.

Applying for U.S. Citizenship – from ExpertLaw

Bankruptcy laws help people who can no longer pay their creditors get a fresh start – by liquidating assets to pay their debts or by creating a repayment plan. Bankruptcy laws also protect troubled businesses and provide for orderly distributions to business creditors through reorganization or liquidation.

Most cases are filed under the three main chapters of the Bankruptcy Code – Chapter 7, Chapter 11, and Chapter 13. Federal courts have exclusive jurisdiction over bankruptcy cases. This means that a bankruptcy case cannot be filed in a state court.

The chapter of the Bankruptcy Code providing for reorganization of municipalities (which includes cities and towns, as well as villages, counties, taxing districts, municipal utilities, and school districts).

The first municipal bankruptcy legislation was enacted in 1934 during the Great Depression. Pub. L. No. 251, 48 Stat. 798 (1934). Although Congress took care to draft the legislation so as not to interfere with the sovereign powers of the states guaranteed by the Tenth Amendment to the Constitution, the Supreme Court held the 1934 Act unconstitutional as an improper interference with the sovereignty of the states. Ashton v. Cameron County Water Improvement Dist. No. 1, 298 U.S. 513, 532 (1936). Congress enacted a revised Municipal Bankruptcy Act in 1937, Pub. L. No. 302, 50 Stat. 653 (1937), which was upheld by the Supreme Court. United States v. Bekins, 304 U.S. 27, 54 (1938). The law has been amended several times since 1937. In the more than 60 years since Congress established a federal mechanism for the resolution of municipal debts, there have been fewer than 500 municipal bankruptcy petitions filed. Although chapter 9 cases are rare, a filing by a large municipality can–like the 1994 filing by Orange County, California–involve many millions of dollars in municipal debt.

History of Immigration in the US for Dummies 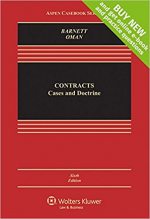 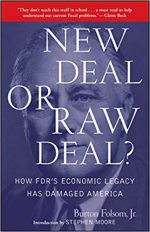 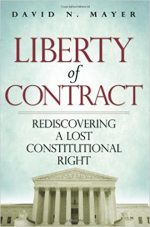