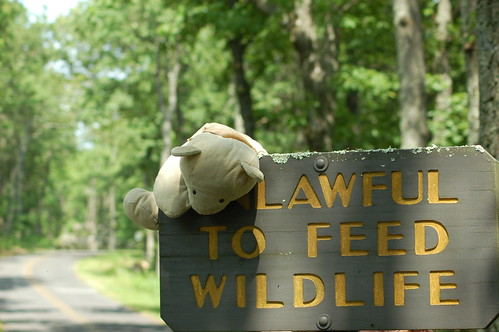 Budget Authority is provided by law to enter into obligations that will result in outlays of Federal funds. The basic forms of budget authority are appropriations, contract authority and borrowing authority. Budget authority may be classified by the period of availability (one-year, multiyear, no-year), by the timing of congressional action (current or permanent), or by the manner of determining the amount available (definite or indefinite).

Authority provided by federal law to enter into financial obligations that will result in immediate or future outlays involving federal government funds. The basic forms of budget authority include (1) appropriations, (2) borrowing authority, (3) contract authority, and (4) authority to obligate and expend offsetting receipts and collections. Budget authority includes the credit subsidy cost for direct loan and loan guarantee programs, but does not include the underlying authority to insure or guarantee the repayment of indebtedness incurred by another person or government.

Budget authority may be classified by its duration (1-year, multiple-year, or no-year), by the timing provided in the legislation (current or permanent), by the manner of determining the amount available (definite or indefinite), or by its availability for new obligations.

Appropriations. Budget authority to incur obligations and to make payments from the Treasury for specified purposes. An appropriation act is the most common means of providing appropriations; however, authorizing and other legislation itself may provide appropriations. (See also Backdoor Authority/Backdoor Spending.)

Borrowing Authority. Budget authority enacted to permit an agency to borrow money and then to obligate against amounts borrowed. It may be definite or indefinite in nature. Usually the funds are borrowed from the Treasury, but in a few cases agencies borrow directly from the public. (See also Debt, Federal.)

Contract Authority. Budget authority that permits an agency to incur obligations in advance of appropriations, including collections sufficient to liquidate the obligation or receipts. Contract authority is unfunded, and a subsequent appropriation or offsetting collection is needed to liquidate the obligations. The Feed and Forage Act (41 U.S.C. § 11) and the Price Anderson Act (42 U.S.C. § 2210) are examples of such authority.

Multiple-Year Authority (Multiyear). Budget authority available for a fixed period of time in excess of 1 fiscal year. This authority generally takes the form of 2-year, 3-year, and so forth, availability but may cover periods that do not coincide with the start or end of a fiscal year. For example, the authority may be available from July 1 of one fiscal year through September 30 of the following fiscal year, a period of 15 months. This latter type of multiple-year authority is sometimes referred to as “forward funding.” (For a distinction, see Advance Appropriation; Advance Funding. See also Full Funding.)

No-Year Authority. Budget authority that remains available for obligation for an indefinite period of time. A no-year appropriation is usually identified by language such as “to remain available until expended.”

Current Authority. Budget authority made available by Congress for the fiscal year or years during which the funds are available for obligation.

Definite Authority. Budget authority that is stated as a specified sum at the time the authority is enacted. This type of authority, whether in an appropriation act or other law, includes authority stated as “not to exceed” a specified amount.

Indefinite Authority. Budget authority that, at time of enactment, is for an unspecified amount. Indefinite budget authority may be appropriated as all or part of the amount of proceeds from the sale of financial assets, the amount necessary to cover obligations associated with payments, the receipts from specified sources–the exact amount of which is determinable only at some future date–or it may be appropriated as “such sums as may be necessary” for a given purpose.

From Congressional Procedure, Ch. 7.A.:

Authorizations may be thought of as decisions you might make that impact your budget, such as signing an apartment lease, buying an automobile, purchasing a home, or even having a child.

Appropriations are like payments you actually make under your budget, like paying the rent, utility bills, or buying groceries. You might have budgeted $300 for groceries, but ended up spending $350. Your appropriation is $350.

If you spend more than you bring in, you must borrow the difference. If you spend less, you have a surplus and may be able to invest it or save for a child’s education.