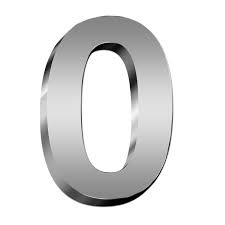 “Zero Based Budgeting is a method of budgeting in which all expenses must be justified for each new period. Zero-based budgeting starts from a ‘zero base,’ and every function within an organization is analyzed for its needs and costs. Budgets are then built around what is needed for the upcoming period, regardless of whether the budget is higher or lower than the previous one.”

What is Zero-Based Budgeting (ZBB)?

In recent years, your federal government has spent $615,000 to digitize Grateful Dead tickets, $442,000 to study male prostitutes in Vietnam, $2.5 million for a Super Bowl commercial, and my personal favorite, $216,000 to study the use of “ambiguous” statements by politicians and whether they, “gain or lose support by taking ambiguous positions.” (I will not take a position on that study.)

There are thousands upon thousands of examples like these that beg the question, “who authorized these expenditures?” The sad answer to that legitimate question is that no one did. The money flows to agencies and departments without accountability or expectation.

Don’t believe me? Government auditors spent the past five years examining all federal programs and found that 22 percent of them — costing taxpayers a total of $123 billion annually — failed to show any positive impact on the populations they serve. When the federal government says you are failing, you must really be failing. Yet, you can visit expectmore.gov and see that most of these programs are still being funded.

So what can we do to stop government on auto-pilot?

The answer – demand we start from zero – every year.

This Congress [115th, 1st Session], I have introduced my first piece of legislation , titled the “Zero Based Budget Act.” The legislation will demand the federal government, including Congress, move to what is referred to as a “zero-based” budget. This method of budgeting is nothing new in business, but it will be a dramatic change for Washington.