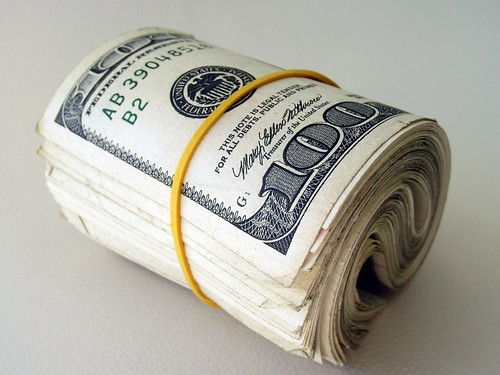 General Fund Accounts. Accounts in the U.S. Treasury holding all federal money not allocated by law to any other fund account.

General Fund Receipt Account. A receipt account credited with all collections that are not earmarked by law for another account for a specific purpose. These collections are presented in the President’s budget as either governmental (budget) receipts or offsetting receipts. These include taxes, customs duties, and miscellaneous receipts.

General Fund Expenditure Account. An appropriation account established to record amounts appropriated by law for the general support of federal government activities and the subsequent expenditure of these funds. It includes spending from both annual and permanent appropriations.

Intragovernmental Revolving Fund Account. An appropriation account authorized to be credited with collections from other federal agencies’ accounts that are earmarked to finance a continuing cycle of business-type operations, including working capital funds, industrial funds, stock funds, and supply funds. According to the Office of Management and Budget (OMB), collections of intragovernmental revolving fund accounts are derived primarily from within the government. For example, the franchise fund operations within several agencies provide common administrative services to federal agencies on a fee-for-service basis. (See also Working Capital Fund.)

Management Fund Account. An account established by the Department of the Treasury (Treasury) that is authorized by law to credit collections from two or more appropriations to finance activity not involving a continuing cycle of business-type operations. Such accounts do not generally own a significant amount of assets, such as supplies, equipment, or loans, nor do they have a specified amount of capital provided–a corpus.

Public Enterprise Revolving Fund Account. A type of revolving fund that conducts cycles of businesslike operations, mainly with the public, in which it charges for the sale of products or services and uses the proceeds to finance its spending, usually without requirement for annual appropriations. Most government corporations are financed by public enterprise funds. (See Revolving Fund.)

Special Fund Receipt Account. A receipt account credited with collections that are earmarked by law but included in the federal funds group rather than classified as trust fund collections. These collections are presented in the President’s budget as either governmental (budget) receipts or offsetting receipts. (See also Earmarking.)